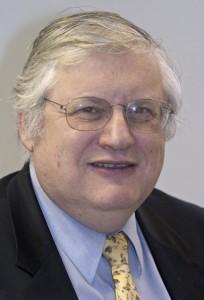 Dr. Jacob D. Rosenbaum received his medical degree from Ludwig Maximilians University Munich, Germany. He completed an internship at Maimonides in Brooklyn, New York and went on to do his Ophthalmology Residency at State University of New York Downstate/Brooklyn VA, in Brooklyn, NY serving as their Chief Resident. He went on to do Fellowship training in Vitreo-Retinal Surgery at SUNY Downstate with Dr. George Gombos.

Dr. Rosenbaum has been practicing ophthalmology in Brooklyn and Manhattan for over 30 years. He has been an Associate Clinical Professor teaching ophthalmology residents at Downstate Medical Center, Interfaith Hospital, Mount Sinai School of Medicine, Bronx VA, Elmhurst Hospital and is an Adjunct Professor at State University New York Optometry School. He has received the Teacher of the Year award at Mount Sinai School of Medicine multiple times for his dedication to Resident education.

Dr. Rosenbaum has been featured in “Top Doctors: New York Metro Area,” which is published annually by Castle Connolly Medical Ltd. Doctors that are listed in this book have been determined to be in the top 10 percent of physicians in the region, which includes more than 6,000 doctors. Dr. Rosenbaum has been active in ophthalmic research, authoring multiple articles, presenting at National Ophthalmology conferences and is a co-investigator in multiple prospective and experimental research trials.

Dr David M Krumholz has a Bachelor of Arts in psychobiology from Queens College of CUNY, and received his Doctorate in Optometry from the State University of New York State College of Optometry. He completed his residency training in Philadelphia and returned to the New York area to join the faculty of the College of Optometry where he is now an Associate Professor, teaching future optometrists in both the didactic and clinical programs.

Dr. Krumholz has received numerous research grants and has conducted multiple clinical trials at the State University of New York State College of Optometry. He has authored and co-authored over 70 scientific papers, textbook chapters. He has lectured extensively locally, nationally, and internationally at scientific meetings and in continuing education programs. In 2001 he was awarded the State University of New York Chancellor’s Award for Excellence in Teaching. He is a Fellow of the American Academy of Optometry and the Optometric Retina Society. Additionally, he is an Adjunct Assistant Professor of Clinical Ophthalmology with New York Medical College, where he teaches first year ophthalmology residents at the New York Eye and Ear Infirmary in downtown Manhattan. He has been in private practice with Dr. Jacob Rosenbaum  at Eye Surgeons of NYC for the past 20 years.